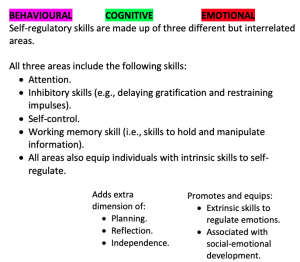 Self-regulation skills are an important developmental skill that has an accumulating influence and effect on various areas of children’s development, including their self-esteem and self-worth, which builds their social-emotional wellbeing and self-identity.

By empowering children with their voice through facilitating intentional talk and conversational opportunities, this stimulates their growth of self-regulatory skills. It also supports their literacy and language development, among other developmental areas.

The Importance of Intentional Talk and Conversations ~ When children utilise expressive/verbal language skills, they learn about sentence structure, meaning of words in context, turn-taking in conversation and pragmatics (3).

~ When children have higher emotional self-regulatory skills, this allows them to understand societal rules and behaviour, which leads them to monitoring their own actions (1).

* HOW TO PROMOTE & SUPPORT INTENTIONAL TALK

Engage WITH children in the following experiences: ~ Sociodramatic play with teachers and peers.

* HOW TO PROMOTE & SUPPORT CONVERSATIONAL TALK

~ At mealtimes – Have conversations about what they are eating and extend on it by talking about what they like to eat. Other topics to talk about that go beyond the present include, what they enjoyed doing during the day, what they did yesterday or what they will do over the weekend, and how’s their day going (reflecting on their feelings and thoughts of the day).

~ When children need a break, because they are getting a bit too energetic, break up the day with some ‘quiet time’.

So why all this talking? What’s really taking place? When Children Talk Beyond Their Immediate Context They…

~ Develop ‘decontextualised language’. That is, they talk about and explain events in the past and future, which allows them to wonder and imagine about ideas.

~ Develop their verbal language skills and increase their vocabulary.

~ Develop skills that will contribute later to their writing, both for creative and more formal purposes.

~ When children narrate stories and love to have ‘chats’, they also develop more self-confidence as they learn more social skills and grow in their social-emotional skills and wellbeing (3).

~ Use higher-level thinking skills such as, suggestions and prediction as they answer open-ended questions posed to them. This sparks curiosity that contributes to their cognitive development (4).

When Teachers Have Conversations & Talk With Children… (3)

~ Teachers can model language, including grammar, sentence structure and vocabulary.

~ Children learn empathy as they see others have different thoughts, feelings and experiences than themselves.

~ Children develop a sense of belonging and being as they develop trusting relationships with adults and peers through the conversations they have with each other. This all contributes to more self-confidence and positive social-emotional wellbeing.

As a result, children are empowered with their voice! They use their voice/words to speak out, and in doing so, are empowered and realise that their voice can and has the right to be listened to and respected by both their peers and adults. To read more about how to use language as a means to promote self-regulatory skills through other areas in the program, how it supports the growth in other areas of development, and to know more benefits beyond those listed here, refer to the reading by:

Self-Regulation Skills and the Link with Social-Emotional Wellbeing What the research says…

It has also been noted that the development of self-regulatory skills best begins during the early childhood years, particularly at home with family. This is because family are the closest and most influential factor in children’s lives (4,12,15).

However, it has only been in the last ten years that research has really focused on the importance of the development of self-regulation and importantly in interaction with those beyond the family context, in particular within early childhood education and care (ECEC) settings, compared to a primary school settings (as most past research have concentrated on). Examples of primary school studies included those cited by Mortensen et al. (2015), (including, Mashburn et al., 2010; Rudasill et al., 2009; Sabol et al., 2012), as well as other studies cited by Rudasill et al. (2016), (such as Hamre et al., 2001; O’ Connor, 2010; Rudasill, 2011).

As the preschool years are the peak time that regulatory processes develop and are crucial for foundational skills for children’s development (5,17), research has looked into this area more closely. Consequently, researchers have started to investigate potential protective factors in the ECEC context, including preschools and long day centres. Furthermore, studies have placed particular emphasis on populations that are at-risk due to individual and/or broader contextual factors.

There are three main types of factors within the ECEC context that have been found to positively and effectively influence the development of regulatory processes in the preschool years, protective factors that ECEC contexts can easily tailor into their classroom. These protective factors have been found to have correlated benefits to all children – children from positive and less positive backgrounds – that is, children having experienced more at-risk contextual factors.

The first main factor that was identified to be influential in an ECEC context was teacher quality, but what this actually included was somewhat unclear and undefined. So to clearly understand what teacher quality actually was required further analysis of studies.

Though academic outcomes could not directly be linked to child-centred beliefs and practices, there was an indirect relationship between those practices. This was a result of increased self-regulatory processes, and as such, this furthered skills in literacy and maths (10). 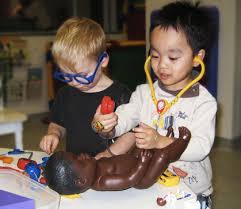 Curriculum decisions was another area of teacher quality. Willis et al. (2014) pointed out that children firstly learn to externally regulate their emotions through the help of others in the context of ECEC settings such as, through sociodramatic play experiences. 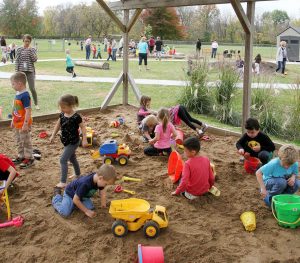 Inclusion of active play was another important curriculum decision that had an influential effect. In the study by Becker et al. (2014) they had participants from Head Start preschools (who were preschool groups characterised as high-risk including children who have disabilities and physical delays, and who catered for children from low income families). Though this was a small sample, findings from the study were important in regards to the participants of the study and purpose. 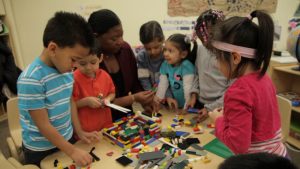 These concepts are all related to the issue of learning that takes place IN INTERACTION with others and the learning context (7,18).

When this type of learning was promoted, children’s basic human LEARNING needs were met, which meant lowered stress levels and less need to use emotion regulation. Overall, resulting in increased self-regulatory skills (7).

A second major factor that was identified to be influential in an ECEC context was engagement. Engagement with teachers, in the classroom, as well as in class tasks. However, a key factor that was important to consider alongside this issue was classroom climate/environment. The study by Williford et al. (2013b) found that children who were more engaged in class tasks were more positively engaged with teachers and this was correlated to an increase in task orientation.

Another study by Williford et al. (2013a) added that in correlation with higher engagement in the classroom and with class tasks, this was related to greater gains in self-regulation.

An environment is characterised by the relationships formed between teachers and children, which then influences children’s engagement in the classroom (3).

But how are these relationships supported? How is engagement heightened?

Through establishing the right…. Related to this second factor of engagement is the key factor of classroom climate/environment in relation to how emotionally and organisationally supportive the environment is.

In a study undertaken by Cadima et al. (2016) with a population of socially disadvantaged children, it was found that closer teacher-child relationships had a correlation with higher self-regulation. 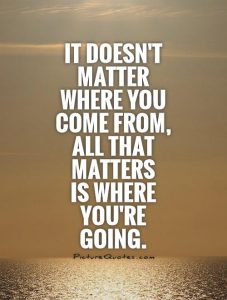 Inhibitory control and cognitive regulation were determined by both teacher-child interactions AND environmental climate established within the classroom (4).

The third and last main influential factor in an ECEC context was teacher-child relationships. The following studies build on the research by Cadima et al. (2016) and Rudasill et al. (2016), which were specifically related to the second protective factor. In other studies, it was found that higher teacher-child relationships were correlated with higher self-regulation, as well as with higher maths skills in both preschool and kindergarten. On another academic level, there were significant findings in relation to the impact of teacher-child relationships and behaviour regulation on the effects of language development, specifically grammar skills.

In this study, they found that despite having high teacher-child conflict, a child’s grammar skills still increased (15). However, it was their level of behavioural regulatory skills that related to the amount of grammar gained. An additional study by Graziano et al. (2015) followed a group of children with externalising behavioural problems who were reported to have more difficulties with school readiness skills at preschool and difficulties when beginning school. It is important to note that the various types of factors from the ECEC setting...

As such, there are particular factors that act as protective, influential factors in the ECEC context that can support children to catch-up to their peers. In doing so, when provided with these more positive and effective factors in an ECEC context, children who were at-risk could make even greater gains, overtaking the skills and abilities of their peers who were on a ‘normal’, stable trajectory of self-regulatory development. REFLECTING ON THE 3 PROTECTIVE FACTORS

The study by Gunzenhauser et al (2015)(9) looked at families from lower versus higher socio-economic status (SES), and discussed some important findings in regards to a mix of the three factors that influence behaviour regulation.

Despite being from a lower-SES, children with more books at home related to the support of the development of positive behaviour regulation. However, some children from lower-SES had less books at home. In these cases the ECEC context became a protective factor by the curriculum decisions that were made. In particular, making books available and reading to children a focal part of the program.

TEACHER-CHILD RELATIONSHIPS – Is gender a risk factor… in the development of self-regulatory processing skills?(9) Gender was found not to be a risk factor.

In fact boys who had low processing skills or at-risk of developing low self-regulatory skills when growing up in the context of an at-risk familial environment, actually had a higher rate bouncing back and ‘catching up’ compared to girls.

Are you gender-specific in your verbal socialisation?

Eg: Being more emotionally supportive and verbally stimulating to girls vs. more physically playful with boys.

Empirical studies says that most families are not very aware. However, teachers in ECEC contexts are more aware of their interactions, and provide equal time and verbal stimulation to both boys and girls (Matthew et al., 2014; as cited in Gunzenhauser et al., 2015).